Thrombosis simply means blood clotting within the body. It can be physiological to maintain normal hemostasis against traumatic insult or pathological in the presence of predisposing factors such as immobility, abnormal circulation coagulation factors and /or abnormalities of inner layers of blood vessels, to name a few.

Why are the Consequences of Pathological Thrombosis?

The pathological thrombosis may be self-limited, silent or manifest sometimes with catastrophic events such as heart attacks, stroke or pulmonary embolism (blood clot within the lung) usually originating from the venous system of extremities, also known as DVT .The thrombosis may cause tissue damage where it forms or circulatory and respiratory derangements if moves to critical locations such as heart or lung, sometimes massive,. Unfortunately most of the thromboembolic events are sudden, devastating but also preventable.

What is the Impact of Thrombotic, Thromboembolic Events on Public Health?

10 to 30% of people will die within one month of diagnosis.
Sudden death is the first symptom in about one-quarter (25%) of people who have a pulmonary embolism

The Thrombotic, Thromboembolic Disease may develop insidiously and hit suddenly. Best management is prevention or if already manifest guideline based therapy within hours of onset of symptoms. The lengthy guidelines regarding prevention or treatment of DVT/pulmonary embolism are periodically published. However, especially DVT prevention steps require a risk assessment of bleeding versus clot development risk. The individual risk factors and their contributing weights may not be memorable leading to under adoption of guideline based practices. Adherence to DVT preventionis one of the core performance measures for hospitals yet difficult to achieve. 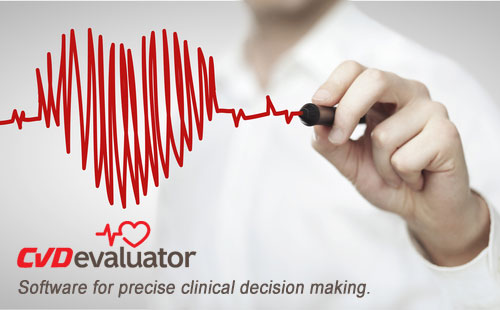